In countless talks about Christ it has been my experience that what stands between men and Christ is not intellectual arguments but sins.
– Helmut Thielicke

I am persuaded that men think there is no God because they wish there were none. They find it hard to believe in God, and to go on in sin, so they try to get an easy conscience by denying his existence.
– Charles Spurgeon

Atheism, nine times out of ten, is born from the womb of a bad conscience. Disbelief is born of sin, not of reason.
– Fulton John Sheen

Two new studies by the American Psychological Association confirm that disbelief in God for a significant percentage of atheists is not due to dispassionate reasoning, but the effect of emotional or relational discomfort with what they perceived God to be. According to an article in Psychology Today, which summarized the findings, “54% of self-reported atheists indicated some relational and emotional reasons for nonbelief. In the second study, 72% of 429 American adults who expressed some level of atheism or agnosticism endorsed similar reasons.”
– Lenny Esposito

The wrath of God is being revealed from heaven against all the godlessness and wickedness of people, who suppress the truth by their wickedness, since what may be known about God is plain to them, because God has made it plain to them. For since the creation of the world God’s invisible qualities—his eternal power and divine nature—have been clearly seen, being understood from what has been made, so that people are without excuse.
– Romans 1:18-20

The skeptic is never for real. There he stands, cocktail in hand, left arm draped languorously on one end of the mantelpiece, telling you that he can’t be sure of anything, not even of his own existence. I’ll give you my secret method of demolishing universal skepticism in four words. Whisper to him: “Your fly is open.” If he thinks knowledge is so all-fired impossible, why does he always look?

Faith is as instinctive as breathing; skepticism at long last is an affront. People not only want to believe; they do believe something or someone. If they do not believe in God, they try to believe in success or in themselves. When faith in Christ is thwarted or shelved, faith does not cease; as well might a man resolve not to breathe. No, he then sets his faith on gadgets or Hitler or scientism. Modern man, while repudiating the “sentimentalism” of religious belief, may have sold out to a vast fiction; perhaps he worships his own arguments as the final test of truth.

“Just when we are safest,” cries Browning, meaning just when unbelief has successfully thrown off the last clinging trammels of the spiritual interpretation of life, and eliminated to its own satisfaction every trace of a divine purpose for the universe, and secured its position by a confident, impregnable dialectic—

Just when we are safest, there’s a sunset-touch,
A fancy from a flower-bell, some one’s death,
A chorus-ending from Euripedes,—
And that’s enough for fifty hopes and fears
As old and new at once as Nature’s self,
To rap and knock and enter in our soul. 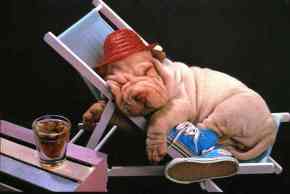 UNBELIEF IS AS much of a choice as belief is. What makes it in many ways more appealing is that whereas to believe in something requires some measure of understanding and effort, not to believe doesn’t require much of anything at all.

–Frederick Buechner,
Whistling in the Dark 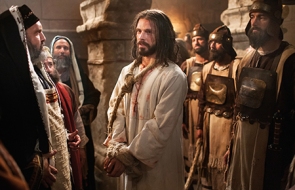 We should be grateful to Freud for pointing out ways in which we humans deceive ourselves about our real motives. He suggested that many of our actions arise from very dark sources which we hide from ourselves . . . But the essence of what Freud said was suggested two and half thousand years before him when Jeremiah said, “The heart is deceitful about all things and desperately corrupt; who can understand it?” . . .

Whenever I hear a man arguing against the existence of God, or simply brushing aside the very possibility, I want to say to him, “What are your feelings on the subject? Are you arguing to justify a conclusion your heart has already reached?” I want to probe further and ask why he has certain attitudes to God… I say to myself, “you are running away; you are making excuses to avoid the truth; you have a deceitful heart, so be honest.”

When people are brought face to face with Jesus, they either hide from him behind a hedge of rationalizations, or they come into the open and admit the truth. Caiaphas was a beautiful example. Pushed into a corner by Jesus’ behavior at his trial, faced with all that Jesus had said and done, he says “Are you the Christ, the Son of the Blessed?” “I am”, said Jesus. “There you are”, said Caiaphas, in so many words, “the man must be a fraud. I have an excuse for all my hostility to the man. I disliked him all along because I knew he was a fraud and a madman. I was beginning to think I disliked him because he was right and I was wrong. But now I have a beautiful rationalization for all my opposition. I am really a very holy man who detests blasphemy and my righteous soul is revolted by such wickedness. What a relief to be a good man after all.” God does try the deceitfulness of men’s hearts by bringing them in front of Jesus. That is what the day of judgment will amount to: just being face to face with Jesus. When we see Him we shall find that all our excuses will vanish away and we shall find ourselves revealed for what we really are . . .

We discover that men actually hate God, particularly the ones who have most eagerly tired to explain Him away. That is why Jesus calls himself the Truth. He brings all our hidden attitudes into the open. He exposes the shams, the false support . . . There is no hiding from Him. He reveals the true reasons for our behavior — not our glib rationalizations.

Truths turn into dogmas the instant that they are disputed. Thus every man who utters a doubt defines a religion. And the skepticism of our time does not really destroy the beliefs, rather it creates them; gives them their limits and their plain and defiant shape. . . .

We who are Christians never knew the great philosophic common sense which inheres in that mystery until the anti-Christian writers pointed it out to us.

The great march of mental destruction will go on. Everything will be denied. Everything will become a creed. It is a reasonable position to deny the stones in the street; it will be a religious dogma to assert them. It is a rational thesis that we are all in a dream; it will be a mystical sanity to say that we are all awake. Fires will be kindled to testify that two and two make four. Swords will be drawn to prove that leaves are green in summer.

We shall be left defending, not only the incredible virtues and sanities of human life, but something more incredible still, this huge impossible universe which stares us in the face. We shall fight for visible prodigies as if they were invisible. We shall look on the impossible grass and the skies with a strange courage. We shall be of those who have seen and yet have believed.

Man has always lost his way. He has been a tramp ever since Eden; but he always knew, or thought he knew, what he was looking for. Every man has a house somewhere in the elaborate cosmos; his house waits for him… But in the bleak and blinding hail of skepticism to which he has been now so long subjected, he has begun for the first time to be chilled, not merely in his hopes, but in his desires. For the first time in history he begins really to doubt the object of his wanderings on earth. He has always lost his way; but now he has lost his address.

As I laid down the last of Colonel Ingersoll’s
atheistic lectures the dreadful thought broke
across my mind, “Almost thou persuadest me
to be a Christian.”

I was in a desperate way…

As I read and re-read all the non-Christian or anti-Christian accounts of the faith, from Huxley to Bradlaugh, [now there are new names: Dawkins, Hitchens, Harris, and Dennett] a slow and awful impression grew gradually but graphically upon my mind—the impression that Christianity must be a most extraordinary thing. For not only (as I understood) had Christianity the most flaming vices, but it had apparently a mystical talent for combining vices which seemed inconsistent with each other. It was attacked on all sides and for all contradictory reasons. No sooner had one rationalist demonstrated that it was too far to the east than another demonstrated with equal clearness that it was much too far to the west. No sooner had my indignation died down at its angular and aggressive squareness than I was called up again to notice and condemn its enervating and sensual roundness…

…What again could this astonishing thing be like which people were so anxious to contradict, that in doing so they did not mind contradicting themselves?

You still shall tramp and tread on endless round
of thought, to justify your action to yourselves,
weaving a fiction which unravels as you weave,
pacing forever in the hell of make-believe
which never is belief.