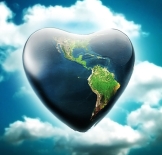 The philosopher [Immanuel] Kant was right long ago to notice that moral activity implies a religious dimension. The atheist [Friedrich] Nietzsche also saw the point and argued forcefully that the person who gives up belief in God must be consistent and give up Christian morals as well, because the former is the foundation of the latter. He had nothing but contempt for fellow humanists who refused to see that Christian morality cannot survive the loss of its theological moorings, except as habit or as lifeless tradition. As Ayn Rand also sees so clearly, love of the neighbor cannot be rationally justified within the framework of secular humanism. Love for one’s neighbor is an ethical implication of the Christian position.

This suggests to me that the world’s deepest problem is not economic or technological, but spiritual and moral. What is missing is the vision of reality that can sustain the neighbor-oriented life style that is so urgently needed in our world today.

One thought on “What Is Missing?”